Loughborough Students' Fencing Club is a 3-weapon club providing opportunities for both experienced and new fencers to compete and develop themselves within the sport. We are able to supply all required equipment to new fencers. Our head coach is Allan Skipp, who has a wealth of experience in all three weapons (foil, sabre and epee), and he is assisted by various volunteer coaches. The club currently has 3 British University and Colleges Sport (BUCS) teams, 2 Men's (Premier North and Midlands 2) and 1 Women's (Premier North), which offer great opportunities for both new and experienced fencers to get involved. We also travel to competitions throughout the year including the Welsh Open and of course the BUCS Individuals, as well as the Warwick Novice Tournament and Leicester Open for less experienced fencers.

We are extremely lucky to have Allan Skipp as our Head Coach. He is a fantastic three-weapon coach, and supports the club far beyond just giving lessons! Allan became a professional fencing coach in 1980 after studying with Bob Anderson and Ken Pearson, the national coaches, and later worked with Ziemek Wojciechowski and the British Foil team in preparation for the Seoul Olympics. He was coach to the British Junior womens foil team, and travelled throughout Europe to provide coaching support in their A grade programme. In 1988 he was appointed Director of Coaching by British Fencing, and he developed a series of children's competitions which ultimately became the Leon Paul Junior Series. 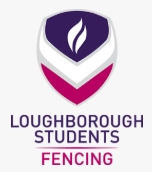