Loughborough Kart is the most successful University karting team in the UK, with 5 National Championships in 2002, 2008, 2010, 2012 and 2017 and Vice-champions in 2019. Every year we take the best karters Loughborough has to offer to compete in the British University Kart Championship. However, don't worry if you do not have karting experience. The club hosts an in house championship every year, which is open to all members of any ability.


We also maintain 2 karts of our own - with TKM 2 stroke 115CC engines. These are for use for BUKC team members to test, and also for club members to train in when they have reached a competent level.

The team is led by a experienced, professional Coach alongside student volunteers who offer additional support during training sessions. 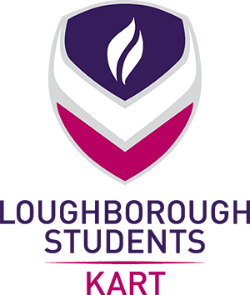